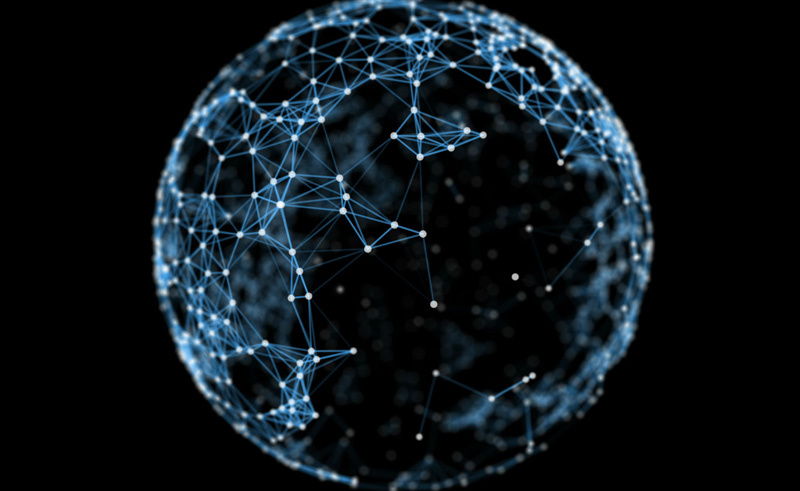 30th October 2016by Stuartin CryptocurrencyNo Commentstagged: bitcoin, blockchain, climate change, cryptocurrency, DAO, monetary theory, sustainability
Every day of the week I make transactions that are supported by other organisations that I trust. Visa, Paypal, Apple Pay, the Bank of England, the Government, all support me to make purchases and send money. Blockchains are a digital system of trust that can enable me to make transactions, without needing these organisations to support that process. This allows financial, legal and other arrangements to take place between just two individuals, the most famous and widely used of these is Bitcoin. There is speculation that blockchains could form large parts of our economy in the future. If this is the case, they must be considered within the transition to a sustainable society.

I went along to the Blockchain and Sustainable Communities Event, funded by the Irish Research Council and located in the amazing Ecovillage of Cloughjordan near Cork. The village displayed extensive principles that covered the breadth of the changes needed to build a sustainable society. Diverse renewable energy sources powered highly efficient homes, community spaces and enterprises. It was situated within urban and rural farmland, that allowed food to be grown and reared nearby. Cycling was encouraged and there was a car share scheme for longer journeys. Having visited other ecovillage developments across Europe, the aspect that made it stand out to me was the authentic sense of community. Its decision-making system was based on consensus among residents, who also financially supported the farm and bakery. It was a perfect place to discuss the relationship of blockchain technology and sustainability. 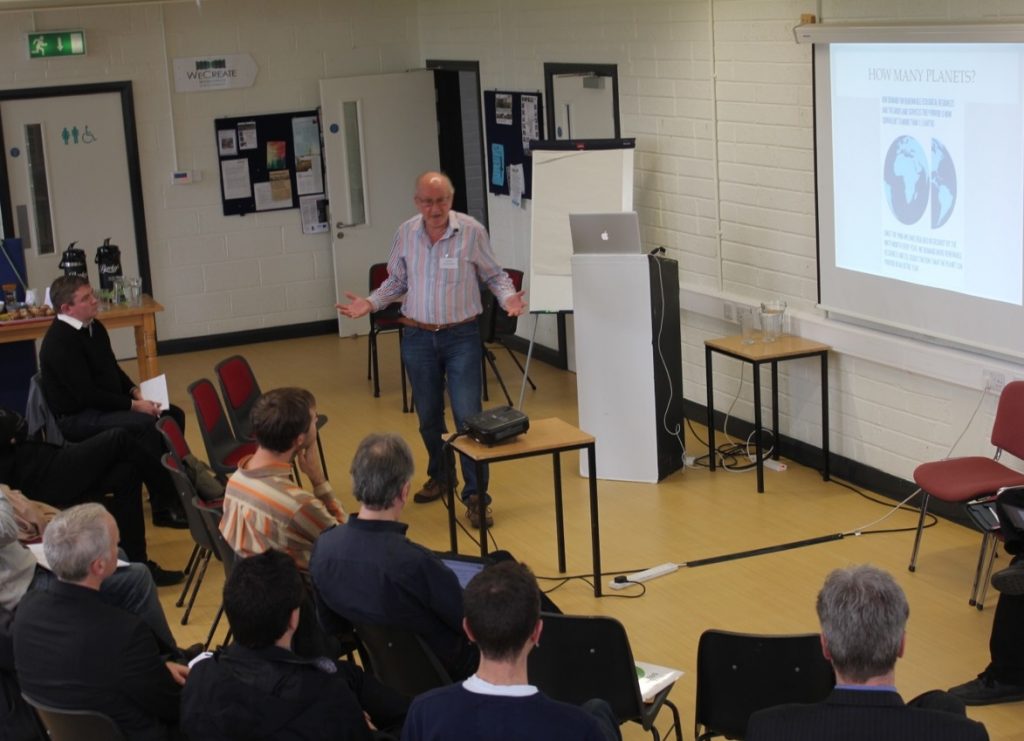 The event organisers had carefully planned speakers that provided a balance of perspectives for a broad and highly relevant debate. First, Prof. Joshua Fairfield provided insights to the legal background of blockchain technology, covering cutting edge developments in the field such as the Distributed Autonomous Organisation, or DAO, which is another blog in itself. Prof. Peadar Kirby presented a comprehensive overview of climate change and wider planetary limits and its relationship with the political economy. Dr Graham Barnes discussed the relationship our current society has with money and potential alternatives. This was highly fitting due to Bitcoin and other cryptocurrencies built on blockchain technology.

We stopped for a snack that was mostly made up of ingredients farmed in the fields outside the venue. This provided a topic of a conversation, with attendees discussing how blockchains could be used to verify sustainability credentials of the food we purchase. There is already a resilient market for fair trade produce, blockchain technology could provide a transparent and reliable record of production processes. Users would have full access to the information of how and where food is produced. This arrangement could facilitate the growing of food in more sustainable ways through increased transparency and traceability. In theory, it may one day offer a scalable solution to the economic, social and environmental catastrophe that is early 21st century farming. This is where the theory ends, like with most ideas for the application of blockchains, it’s all just a possibility. Although there are interesting startups like Provenance who are trying. 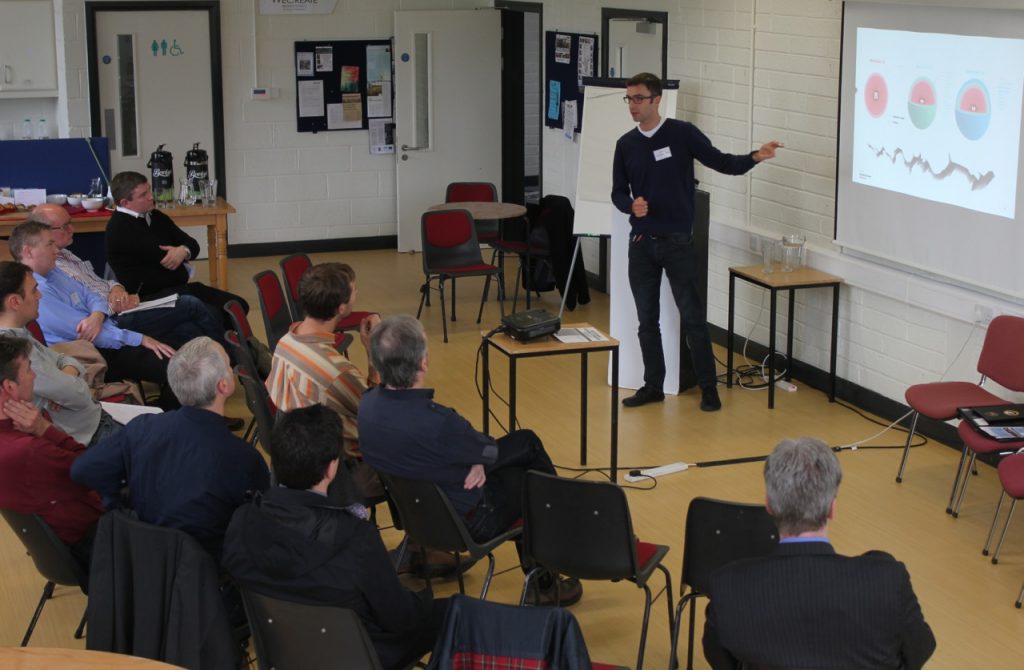 That provided a good basis for the last two speakers. Dr Ronan Kennedy discussed how although technology is an obvious part of the solution, for it to be a true catalyst for change, it must be embedded into wider social relations. We need to address the fundamental issues in our societal model, loosely termed at the workshop as neoliberalism. In the context of farming, blockchains may provide the digital infrastructure for tracking produce, but wider operational, ownership and behavioural changes would be needed for true sustainability. Finally Dr Gar Hynes from Hewlett-Packard provided insights from industry, with some interesting discussions around the limit of the current technology. He pointed out that even the relatively well developed Bitcoin blockchain can only handle an average of 5 transactions per second, compared to VISAs up 50,000 per second at busy times. Those 5 transactions use an huge amount of energy and resources, which themselves have implications for climate change and sustainability. Blockchains are essentially in their infancy and have a long way to go.

The rest of the day was a workshop discussing ideas for applying blockchain technology within a space like the ecovillage. This provided two clear trends which were strangely fitting for the day. Firstly, blockchains are systems of trust that work very well between individuals that have none. Bitcoin is an example of this, where transactions are done online by people on other sides of the planet. But the ecovillage was not short of trust, it had strong social relations and didn’t really need an extra system to provide it. Secondly, there was an issue with scale. Although blockchain systems may support physical infrastructure such as a local energy microgrid, the majority of its current applications appear to be at a larger geographical scale. The event’s title included the word “Communities”, which therefore should be considered in a broader context; not just a community of place, but a wider community of interest or practice. These two broad trends highlighted that the transition to sustainability will require social and technological innovations, at both local and global levels. 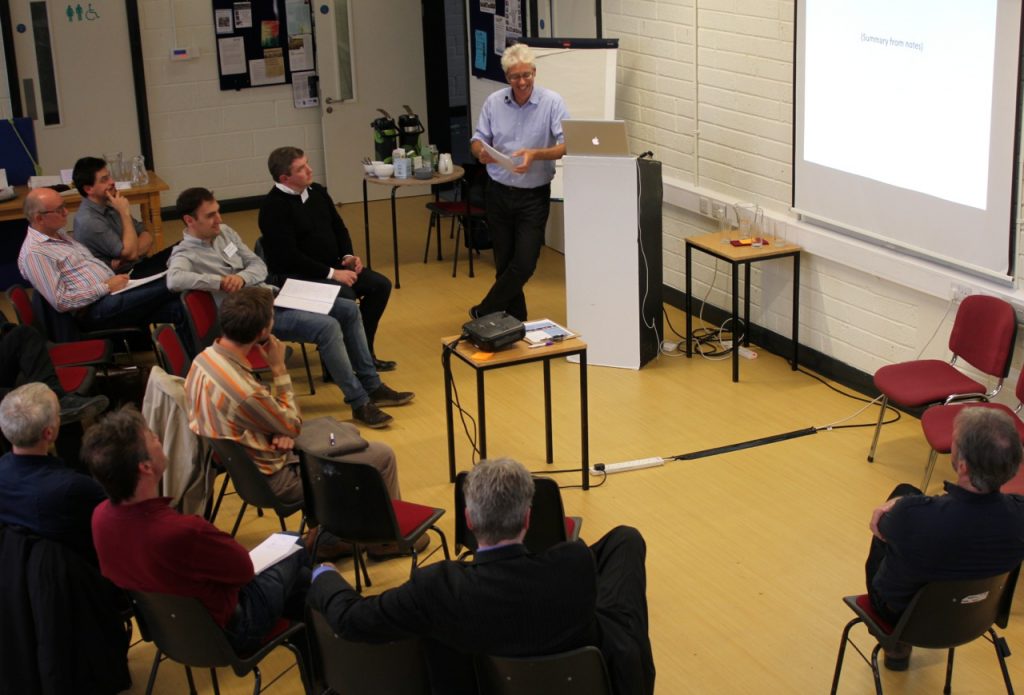 The event finished with a review of proceedings from Dr. Paulo Dini. He provided an overview of monetary theory, drew from both economics and sociology. The conclusions stressed that for transactions to be sustainable, social relations must be central to them. He drew on his on research of Sardex, a system for mutual credit between cooperating partners. This was a fitting conclusion for a very engaging and insightful event. I came away believing that blockchains may one day provide a technological piece towards solving the puzzle of sustainability.

Stuart Bowles is Operations Director at Bismuth Digital Solutions Ltd and is a PhD Candidate at the University of Birmingham. He has background in sustainability, energy, social enterprise and climate change. His PhD explores the intersection between alternative currencies and decentralised renewable energy generation.